Building Engagement with the Construction Industry
Home > Sector > How Does A Ceiling Help Create The World's Most Sustainable Office Building?
Sector 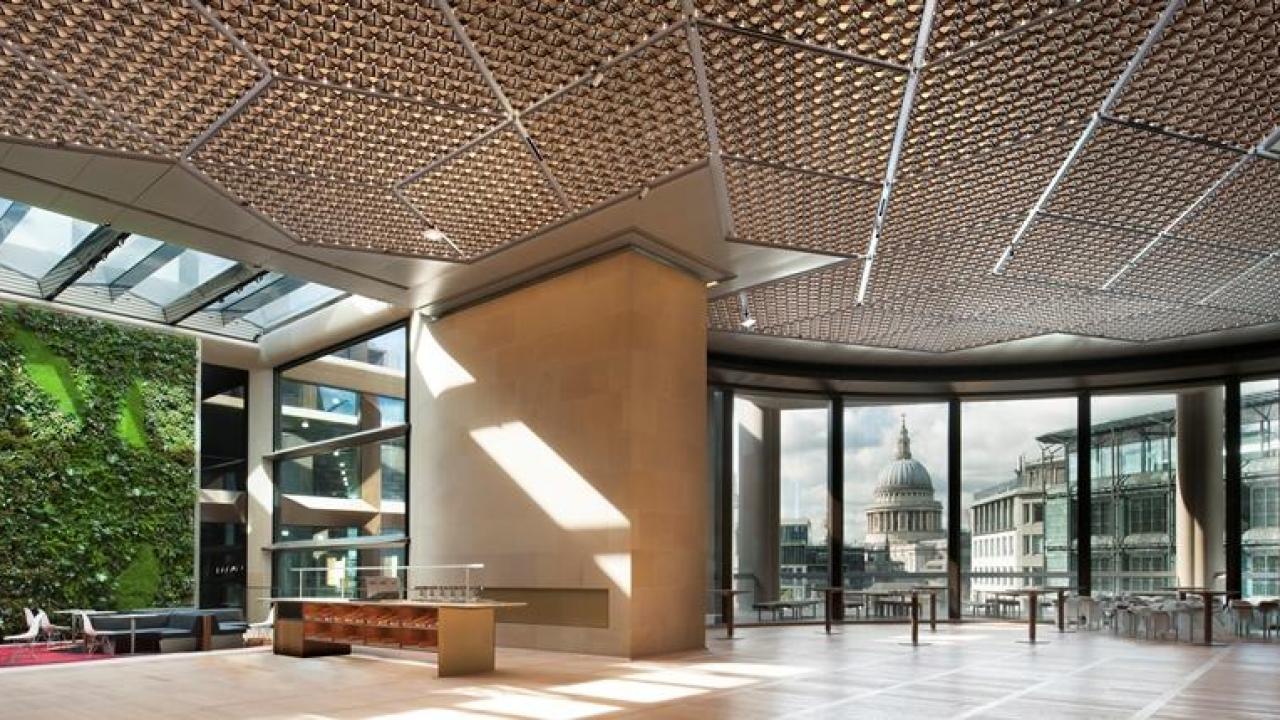 How does a ceiling help create the world's most sustainable office building?

When it came to designing the world’s most sustainable office building, many will be surprised to learn that the design and specification of the ceiling played a critical role.

In fact, it was so critical, the project architects claimed that ‘without the ceiling the sustainability wouldn’t be what it is.’ So how does a ceiling help to define a global exemplar of sustainability?

Designed with low carbon, energy, water and resource intensity in mind, Bloomberg’s new European headquarters received a 98.5% BREEAM Outstanding score. This has made it the highest design-stage score ever achieved by any major office development.

Located in the City of London, the project was designed by architects Foster + Partners. In creating the building, Foster + Partners acknowledged that the ceiling could help play a key role in achieving performance objectives. In doing so it has created a ceiling that combines acoustics, lighting and ambient temperature controls and is unlike any other – probably anywhere in the world.

The ceiling was created by SAS International for whom the journey began in 2012, when the company was approached by Foster + Partners to work with them as a manufacturing and design partner. SAS International has worked with Foster + Partners on a number of schemes and has a longstanding relationship, but the stakes were high on this exacting and incredibly complex project. A high profile client, in tune with one of the world’s most inspirational architects led to an open competition, which after several rounds over a two-year period, SAS International successfully won.

"Sustainability was an overarching objective for Michael Bloomberg from day one," explains Matt Mills, Group Marketing Manager of SAS International. "He insisted on a considerate design from an architectural and performance perspective.

"For SAS’ Special Projects team - which oversaw the design, manufacture and eventual installation of the scheme onsite - this was a truly collaborative project and one that saw the company deliver 24,000m2 of SAS product.

"The stunning petal-shaped ceiling is aesthetically striking and plays a significant part in a building that pushes the boundaries of sustainability. In total, 3,916 Integrated Ceiling Panels (ICPs) were manufactured and installed with an impressive 2.5 million petals attached to them.

"The petal shape is not just an architectural feature; it has been optimised by specialist software modelling to give the best possible acoustic, thermal and light reflecting performance. The sculpted shape maximises surface area to improve heat exchange and optimises airflow to maximise convection. The slots allow air to pass through, which also improves performance. In short, and from a temperature control perspective, the design exceeds Category A Thermal comfort, the highest level achievable for an office.

"In terms of lighting, the role that LED lighting takes is a lesson in efficiency and sustainable design. The ICPs feature 500,000 LED lights and use 40% less energy than a typical office design. Due to the number of LEDs used, they run significantly below maximum output for the required light levels. They are even more efficient when cooled and operate with an increased life expectancy.

"The cumulative effect is an incredibly efficient design, consuming significantly less energy than is typical in office space.

"Acoustically, the design of the metal ceiling performs exceptionally well. The slotted petals and the perforations mean that the surface is sufficiently open to allow enough sound to come through to the mineral wool behind. Tested to Class A absorption levels, the ceiling impressively and precisely manages acoustic reverberation across the open plan offices.

"If you were to compare the bronze-clad Bloomberg building to another of a similar size, this 1.1million ft2 building is projected to deliver an impressive 35% saving in energy and associated CO2 emissions, with the ceiling accounting for a significant amount of energy savings.

With a focus on innovation, the Bloomberg European HQ has set a precedent for sustainable design. The unique ceiling that SAS International has created has been a key part of this integrated approach to sustainable construction and design. 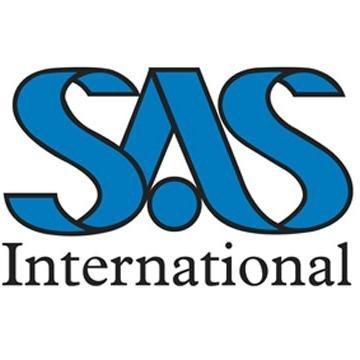