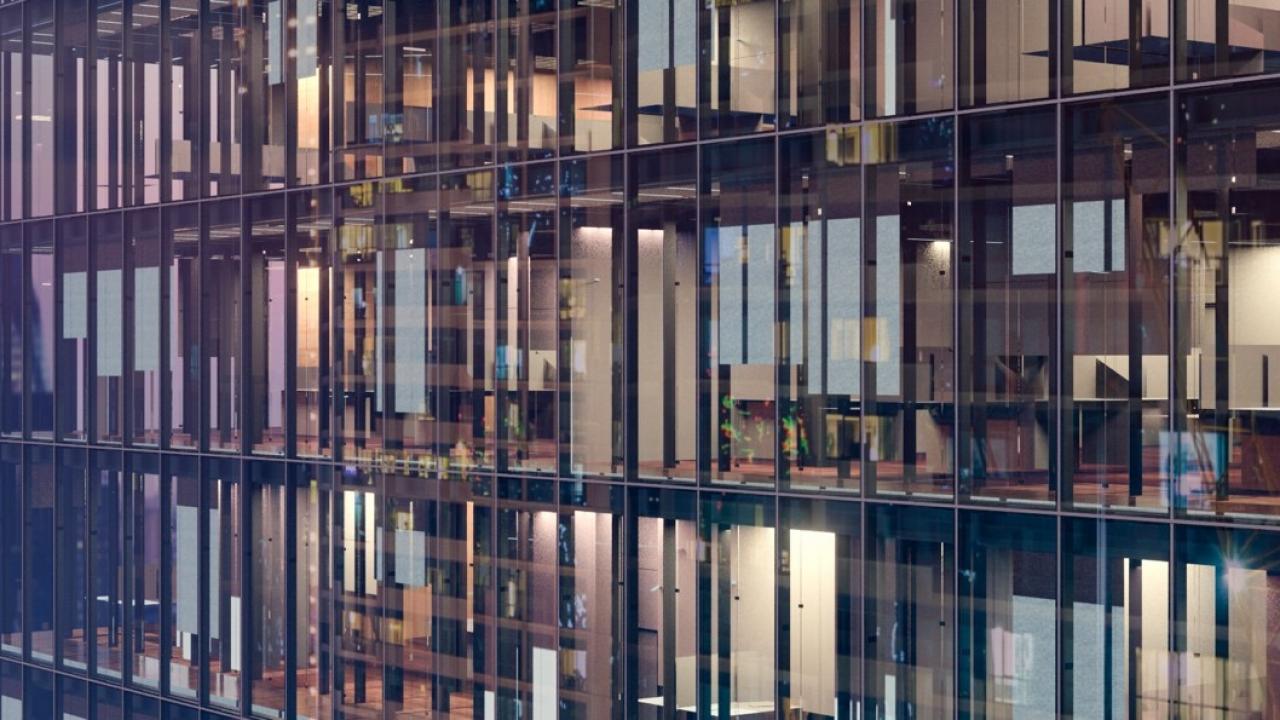 The interaction between a building’s façade and its structure is frequently ignored in the design phase. Analysis of the structural movements, architectural intent and specified glazing system are required during the early stages of a project design. Glazing and cladding systems need to be designed to allow for building movement without compromising the performance or safety of the system - failure to provide sufficient allowance for in-service building movement in the connections between façade and structure may result in leaks, cracks, failure of connections, buckling of mullions and breakage of glass.

Due to the extension of structural spans seen in today’s building designs, slab deflection is increasing, placing additional demands on the façade design team to accommodate this differential movement between slab and façade.

Early Engagement with System Specialists is the Solution

Analysis of the structural movements, architectural intent and specified glazing system is usually carried out by the specialist façade contractor or system supplier. It is imperative that main contractors and building designers engage with the system specialists during the early planning stage of a project to ensure that the proposed façade system can accommodate the associated building movements, and is in line with the proposed site installation methodology.  If the specified glazing system is not aligned with the building structure and installation plan at the early stage of a project, it can cause unforeseen delays and additional costs when it is aligned at a later stage.

Accommodating building movement and the resultant interaction between the façade and structure is complex and specifiers should consider many different factors, including:

Selecting the most appropriate glazing system at the early stages of a project is very important and can have a major impact on the intended appearance and lifetime performance of the façade. For example, wider framing members can accommodate more building movement, and in some instances double transom details are required at floor slabs for the accommodation of differential building movement.

One of the main complexities is designing the façade to accommodate differential slab deflection.

These movements, caused by post installation dead and live loads, are commonly found in the structural engineer’s report, and are typically defined by a ‘span ratio’. Due to a desire to extend structural spans in modern structures, slab deflection figures based on the span ratio are increasing significantly, making façade design and movement accommodation even more challenging. Arguably, floor slabs exposed to realistic conditions don’t deflect anywhere near to the figures being documented but it is essential to design façades as if they will experience high deflection levels - including an allowance for manufacturing tolerances and thermal movement.

Determining the limitations of a particular system or offered solution must be understood before complete alignment can take place. Failure to provide sufficient allowance within the system (or to design/specify a system with serious limitations), and failure to correctly design/detail the critical connections between the façade and structure may result in leaks, cracks, failure of connections, buckling of mullions and breakage of glass.

Conventional stick curtain wall is widely specified in the UK and can offer a cost-effective façade solution. However, compared to unitised curtain wall, it is very limited in terms of accommodating differential slab deflections.

Kawneer – with its great experience of dealing with and solving building movement - has recognised this and the recent launch of the capped expansion joint for the company’s AA®110 curtain wall system has now been followed by the SSG (Structurally Silicone Sealed) variant, which offers a movement joint capable of +/- 5mm differential movement. Both movement joints are market leading enhancements.

While a conventional SSG system would be very limited in its movement capabilities due to the hidden clamping nature of the glass and toggle engagement requirements, the Kawneer solution has re-designed glass clamping rails and a re-designed toggle system to allow for both greater slab deflection and differential movement.

The new joint locates at each slab level and is therefore concealed by spandrel glass or panels. Its specialised engineered seals expand and contract with the movement of the structure.

To demonstrate the robustness of the system and to ensure compliance with UK standards, it has been rigorously tested during development to ensure performance in all UK climates and conditions. In consultation with the CWCT, an enhanced version of the ‘Standard for Systemised Building Envelope: Sequence B’ programme was developed. This included a series of performance tests while the SSG expansion joint was in its compression, extension and neutral positions. It can be noted that Kawneer’s ‘SSG Parallel Opening Concealed Vent’ was also incorporated into the Sequence B test, which enables the company to continue to offer customers a full façade solution that can meet multiple standards and requirements.